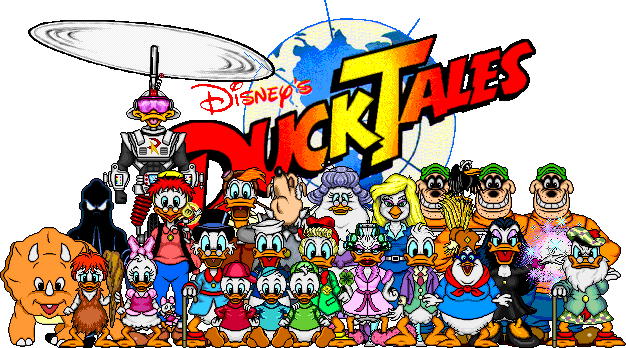 Disney's DuckTales finds its roots in the first appearance of Donald's Nephews, HD&L (Huey, Dewey & Louie) in the short "Donald's Nephews," (1938). DuckTales has been a unique vehicle for bringing many comics-related characters to the small screen, such as Gyro, Magica, Gladstone, the Beagle Boys and the Phantom Blot which successfully translated from comics to cartoons, albeit with some modifications. It was also a format for reviving older characters such as Bad Pete and Donald Duck. The characters are all residents of Duckburg, USA. Disney's DuckTales began in the fall of 1987, and the program "Quack Pack" was an attempt to revive and update the characters in 1996. Ducktales' popularity even launched them into their own full-length theatrical film "Ducktales: The Movie, Treasure of the Lost Lamp." Some characters, like the Beagle Boys, one of the show's primary antagonistic groups, in the comics can be traced back to $crooge's youth; however their names, Ma Beagle and individual personalities were a creation of the TV show.